Have you tested your home for cancer-causing radon gas 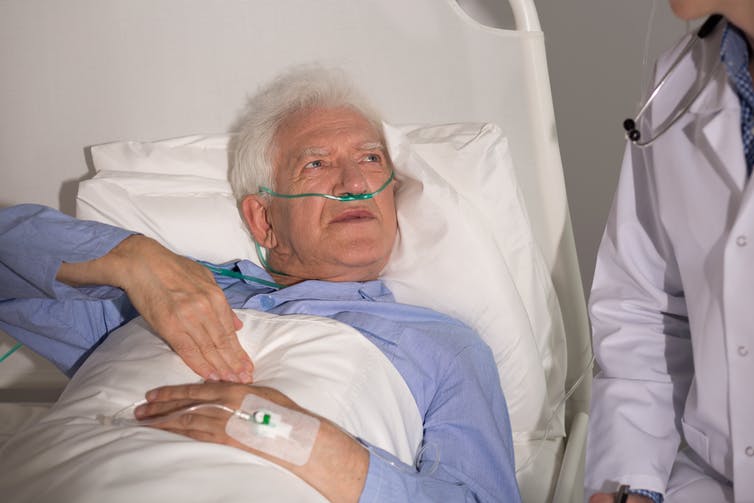 Have you tested your home for cancer-causing radon gas

Back in 2013, in my first winter in my newly renovated Calgary home, I spent $45 on a radon testing kit. Original story here.

Back in 2013, in my first winter in my newly renovated Calgary home, I spent $45 on a radon testing kit.

I know that radon is the leading cause of lung cancer after cigarette smoking and that it causes up to 4,000 new lung cancer cases per year in Canada, more than 300 of them in Alberta.

That same winter of 2013, I challenged several dozen of my colleagues — cancer researchers and physicians — to test their homes for radon gas. While my home seemed to be safe, many of my colleagues were not so lucky. They learned their homes contained radon levels far exceeding safe exposure.

In the years that followed, my laboratory performed a study recruiting people as “citizen scientists” to test their homes for radon. We tested more than 2,300 houses in southern Alberta.

The results, published earlier this year, were staggering: One in eight homes exceeded Health Canada’s acceptable radon level. Surprisingly, we also found that newer houses have the biggest radon problem.

As a society, we have a well-recognised problem with environmentally-induced cancers. Testing your home for radon gas is an effective prevention strategy and radon is one of the most easily eradicated causes of lung cancer. The problem is most people do not know this.

What is radon gas?
Radon is a radioactive, invisible and odourless gas that comes from the natural breakdown of radium in the soil. It can seep into a building through foundation cracks and other openings. Mostly it seeps through the basements of homes, schools and workplaces. It can affect any Canadian building, both old and new, in nearly all inhabited geographical regions.

The first major connection between radon gas and lung cancer was made in the 1970s, after Canadian uranium miners in Elliot Lake were found to have unusually high lung cancer rates.

It is now known that long-term exposure to radon gas causes severe damage to our DNA, leading to genetic mutations that can drive our cells towards cancer. Radon is the number one cause of lung cancer in non-smokers.

There are hundreds of patients in Alberta who have never smoked a day in their life, now dealing with lung cancer. This is a major public health concern. With universal testing and mitigation, radon-induced lung cancer is completely preventable.

Conservative estimates indicate that $17 million a year in health-care costs could be saved by avoiding radon-induced cancers, in Alberta alone. This is in addition to the reduction of human suffering.

Being a smoker and living in a home with radon gas puts you at an even higher risk, with a one-in-four chance of developing lung cancer. It is uncertain at this point what percentage of smokers may have avoided cancer had they not also been exposed to radon.

How to ‘Evict Radon’ from your home
A 2014 Canadian Cancer Society survey found that 96 per cent of Canadians have not tested their homes for radon gas. Unfortunately, you cannot know if your home is affected unless you test it.

Health Canada offers guidance on how to test homes. The website suggests using a long-term exposure test for a minimum of three full winter months (90 days or more) between October and April. This is the time of year when we, especially Canadians, spend the most time indoors. It is also when radon in our homes, schools and workplaces will peak.

Today, a long-term “alpha track” radon gas test kit will run for about $60 (including cost of the device, postage and lab fees).

Our lab’s radon testing campaign — now called “Evict Radon” — has expanded throughout Alberta. The aim is to understand what specific home metric(s) actually correspond to a higher radon reading — so we can develop innovative solutions.

In just a single month, more than 6,000 Albertans have signed up, and the study remains open until the end of January 2018. Evict Radon has been an incredible success story, and is making Albertans leaders in radon awareness for Canada.

Health Canada also offers information on home remediation and pegs the cost of remediation between $1,500 and $3,000, although this can be less depending upon how radon is entering the home.

In some cases, where the home has radon levels only slightly higher than the limit of 200 Bq/m3, very cheap to free steps can be taken to reduce levels into a safer range.

When mitigating, it is important to choose a knowledgeable professional — someone with Canadian National Radon Proficiency Program (C-NRPP) certification — as a lot of building science expertise is required to effectively reduce radon.

While my own home tested below Canada’s maximum acceptable limit for radon gas, my sister’s house was not so lucky. Thankfully, she was quickly able to mitigate her home very effectively using a process called sub-slab depressurization — essentially preventing radon from entering the property in the first place and making it safe for her and her young family.

Children most at risk
In Canada, there has been a low-level awareness of the radon issue for some time. The science has advanced now to the point where we know it is a major public health issue, and one that is very preventable.

Based on this science and the motivation of law makers to preserve health, the first ever Albertan Radon Awareness and Testing Act (Bill 209) has passed third reading within the legislature and now only awaits royal assent.

When it comes into effect within the next year, this act will make it mandatory for childcare facilities to ensure our children are not exposed to radon. This is critical, as our children remain the most at risk from radon exposure over their lifetimes.

Indeed, radon awareness is advancing faster and faster every year. I imagine we will reach a point within the next five to 10 years when people will simply consider radon testing normal — while preparing a house for sale or after a major home renovation.

I hope that, a generation from now, Canadians are no longer walking into cancer clinics to be told they have lung cancer (with all the heartache, pain and worry that entails) from an entirely preventable source and one that takes so little to test and evict from our lives.

Let’s all work together to Evict Radon.