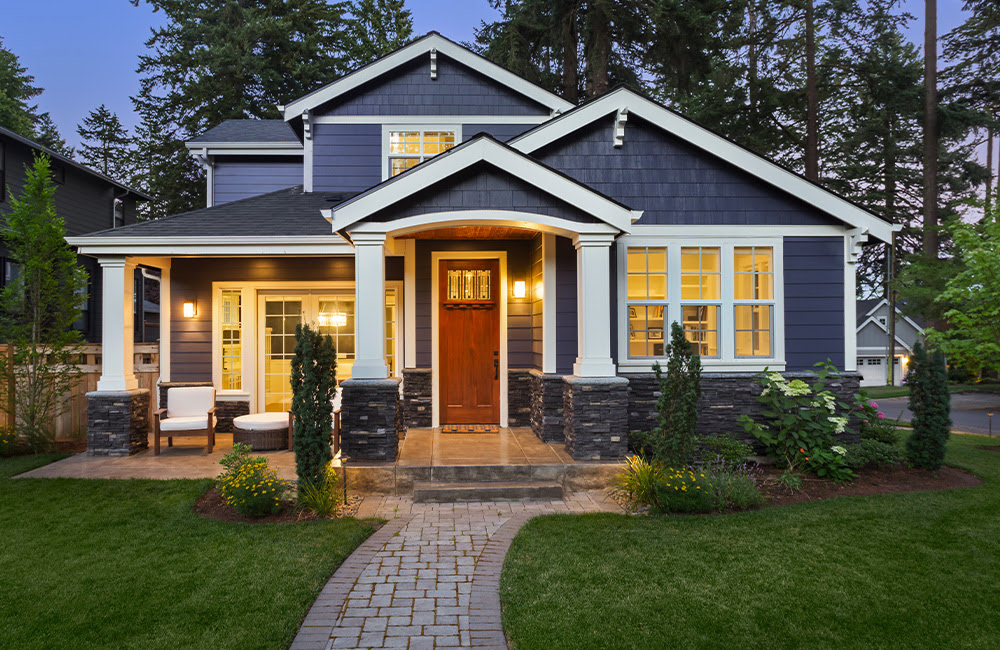 Before we get much further, we need to admit something: the title of this post is both true and a little misleading. Let us explain:

Firstly, radon maps can be useful—but they can also be hugely misleading if you don’t read them carefully or know how to interpret them. Secondly, unless we are talking about a kid’s treehouse, there’s no such thing as a type of housing that’s guaranteed to be radon free.

High radon levels can be found in any type of home that exists on the ground, anywhere in Canada—and the only way to make sure your home doesn’t have them is to test it with a Health Canada approved radon testing kit.

That said, there are certain regions of Canada where high radon levels are more prevalent than others—and certain building metrics or choices by homeowners can increase the likelihood of radon building up in a home if high levels are present in the soil underneath.

Below, we’ve identified 10 radon risk factors for Canadian homes—but regardless of how many apply to your home, testing your radon levels is still strongly recommended for all homeowners. Only a test can definitively tell you whether the radon levels in your home are safe or whether you need to have them mitigated by a C-NRPP certified professional to lower your lung cancer risk.

Disclaimer: before we describe these risk factors, it’s important to know that our exposures have worsened over time and are far higher than they were 75 years ago—largely due to how our building habits have changed. Part of the research being done by The Evict Radon National Study is to find ways of changing this once again, reducing levels effectively for future generations of Canadians.

Note: all statistics in this article come from our peer-reviewed and rigorously vetted published data, while policy information comes from The Canadian Lung Association and Health Canada.

Depending on the region, Canadian residential buildings contain the 2nd to 16th highest radon levels in the world. Even our least exposed regions are high relative to other nations.

#1: Homes in the Prairies

It’s important to reiterate that homes anywhere in Canada can have dangerous radon levels. However, the prairie provinces (including Alberta, Saskatchewan, and Manitoba) have the highest average level of radon per home at 108.3 Bq/m3. Additionally, 18.5% of homes in this region contain radon levels above 200 Bq/m3, which is the threshold above which Health Canada recommends homeowners take immediate action to mitigate their properties.

Northern Canada has the second-highest average level of radon per home at 100.8 Bq/m3. Notably, 23.4% of homes in this region still contain radon levels above 200 Bq/m3—which means that, while the average residential radon level in Northern Canada is slightly lower than that of the Prairies, a higher percentage of these homes have levels Health Canada considers to be urgent health risks. This may well change over time, as Climate Change melts permafrost and therefore enables radon gasses to enter Northern homes more readily.

The third-highest average radon level per home is found in the Atlantic Canada region, at 96.6 Bq/m3. But 25.4% of homes contain radon levels above 200 Bq/m3—meaning Atlantic Canada has the highest proportion of homes with levels considered urgent for radon reduction by Health Canada.

Atlantic Canada also has a high prevalence of exposure to another leading cause of lung cancer, which is arsenic. Combined with high radon, this can dramatically increase lifetime risks of lung cancer in this region.

Central Canada’s average radon level per home is 83.3 Bq/m3, with 20.2% of homes containing radon levels above 200 Bq/m3. While true across the region, even higher radon levels have been found across the most populous areas of Southern Ontario and Quebec, including Montreal—where public investigations reveal troubling radon trends in many neighbourhoods.

High radon in Pacific Canada is especially an issue within the British Columbian interior, where some of the highest radon levels observed in Canada have been found.

As you can see from the information above, there is no part of Canada that has been found to be free of high radon exposure risk. This makes radon testing all the more important for homeowners.

Higher average radon levels tend to exist in larger homes, as they have more surface area upon which to draw radon from the ground underneath. However, this doesn’t mean dangerous radon levels can’t exist in smaller properties.

Homes with high ceilings have higher average radon concentrations as they are thought to create air dynamics (not unlike a taller chimney) that “sucks more” on the ground. However, as with many of the other risk factors on this list, that doesn’t mean you don’t need to test your home’s radon levels if the ceilings are low.

Radon levels tend to be higher in properties with fewer stories, as they typically have fewer points of air dilution such as windows, doors, or balconies. For example, single-storey houses are predicted to have higher radon concentrations on average than two or three storey homes (although high levels of radon can still exist in these properties).

The seals on a typical window in Canada will likely break down within about 17 years from when it was installed, and then allow more heat loss to the outside. Our research indicates that homes with newer windows are more likely to have higher radon levels compared to those with older and less effective seals.

We stress that this is no reason to want older, leaky windows! Indeed, a home can be very energy efficient and have very low radon—both are desirable, and low radon is easily achieved by separate measures.

A home’s R value is an indicator of how well the insulation materials in the roof prevent heat loss. Like having newer windows, roof insulation with high R values are typically selling points for Canadian homes because it indicates that they retain heat better in cold weather.

However (and similar to the “new window effect” described above) this is also associated with slightly higher average radon levels. Again, we emphasize that energy efficiency need not be linked with high radon, and this has been demonstrated clearly in other cold climate countries such as Sweden whose newer homes are both low for radon and exceptionally energy efficient due to fresh air exchange.

Newer properties in Canada have higher average radon levels than older ones. The reasons for this are still emerging, but are thought to be due to the fact that, overall, they tend to be larger in square footage, can be better insulated, and often have higher ceilings.

As such, the common misconception that newer homes do not require radon testing is both untrue and potentially dangerous—in fact, while we recommend testing for all Canadian homeowners, testing in new homes is especially important. However, it’s best to test new homes around two years after they’ve been built, since radon levels normally don’t stabilize in new homes until after their concrete foundation slabs are finished curing—a process that typically takes 18 months to two years.

While looking at radon maps and understanding the risk factors associated with specific building types can give you useful information, it cannot give you specific information about your home’s radon levels. The only way to definitively determine your radon risk is to conduct proper testing and find a C-NRPP certified radon mitigation professional if your levels are dangerously high.

For more information about radon, its risks, or the testing and mitigation processes, please feel free to contact The Evict Radon National Study team directly and speak with one of our experts. As leaders and public health advocates leading an unbiased, research ethics board approved Canadian national study, we are always happy to provide educational resources Canadians can use to keep themselves and their families safe.