Thank you for your interest in testing with the Evict Radon research initiative.

Evict Radon is a Canadian non-profit organization dedicated to solving Canada’s large and worsening radon-gas exposure problem, a substantial cause of lung cancer even in non-smokers. Evict Radon embraces research strategies across disciplines to gain the information necessary to:

By testing your home with one of our non-profit, research-grade radon test kits and enrolling in our national, public university-based research study, you are helping Evict Radon aligned researchers from across Canada to understand radon exposure and develop new ways to protect ourselves and loved ones. 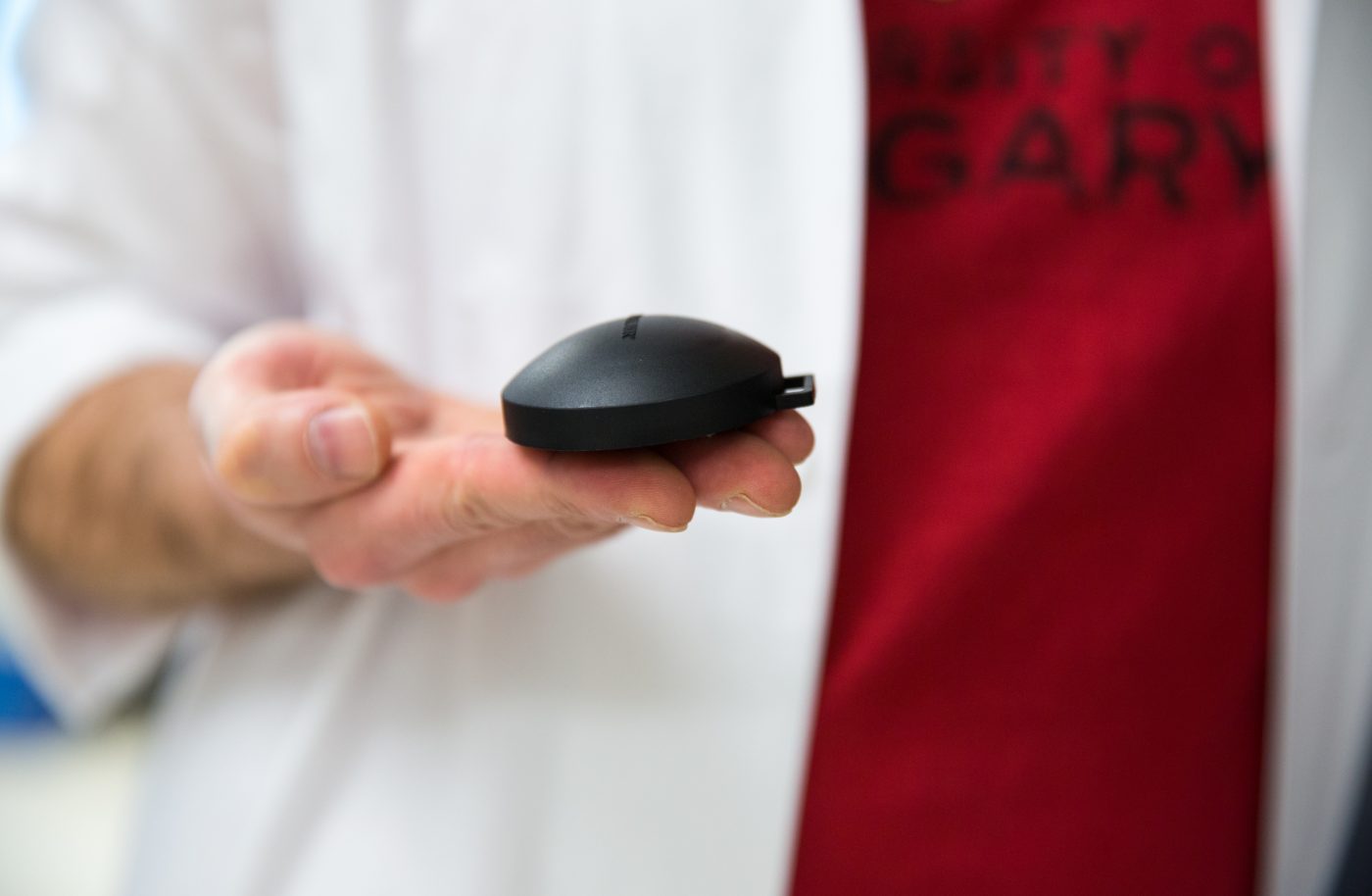 In non-smokers, radon is the primary cause of lung cancer, an example of which is 33-year-old former United States Olympic hockey player, Rachael Malmberg. This issue hits much closer to home, however, as the Canadian prairies have the second-highest exposure to radon, behind Poland. Original article published in the Gauntlet

“Calgary cancer researchers volunteer to test their homes for radon,” was a story brought to the public by the University of Calgary back in 2014. It told the story of Calgary oncologists testing their homes in an effort to raise public awareness of radon, a class one carcinogen and a significant contributor to incidences of lung cancer.

Radon is a gas that emits alpha particles — high energy massive fragments that are able to cause double-stranded breaks in the DNA and are classified as a group one carcinogen. In non-smokers, radon is the primary cause of lung cancer, an example of which is 33-year-old former United States Olympic hockey player, Rachael Malmberg. This issue hits much closer to home, however, as the Canadian prairies have the second-highest exposure to radon, behind Poland.

Where does radon come from? Our soils are rich in radioactive material such as uranium, thorium and radium, all of which produce radon gas. The alpha particle radiation produced by radon gas is generally harmless out in the open, as the gas can dilute in the surrounding air. However, our buildings are capturing, containing and concentrating radon to levels that are unsafe for humans.

“We have houses in southern Alberta where people in those houses are getting enough radiation in three weeks that would exceed the five-year maximum exposure for an atomic energy worker,” says Goodarzi.

Modern technology has enabled radon testing. High energy alpha particles of radon gas can be measured by the number of dents they leave in a device containing bulletproof plastic. The unit used to measure the radioactivity of radon is a Becquerel (Bq), which measured one radioactive event per second.

According to Goodarzi, chronic long-term exposure to 100 Bq of alpha radiation is the starting point for a lifetime risk of lung cancer. However, Health Canada has set 200 Bq as the national maximum tolerated exposure limit. At this point, mediation of radon levels is required.

Most recently, a study coming out of the University of Calgary has shown that long-term radon testing, which takes radon readings for 90 days or more, is indeed the most reliable method of household radon testing.

“Radon will fluctuate wildly in a given property over the short term,” explains Goodarzi. The short-term radon tests take radon reading for only five days and, while these readings are quite accurate, Goodarzi says that five days’ worth of radon information isn’t particularly useful.

“What matters for our health is our long-term exposure,” he says.

In this study, 807 houses across Alberta were tested for radon with both short term (five-day) and long-term (90-day) tests, side-by-side. The results showed a significant drop in the precision or “how well one [device] predicts the reading of the other,” as Goodarzi puts it. Short-term tests predicted the results of a long-term test with 20 per cent more imprecision than a long-term test predicting the results of a test of its own kind. The researchers also compared these results between the summer and winter, where they found that the precision of the short-term tests dropped to one per cent in the summer, making it imprecise 99 per cent of the time.

Goodarzi also mentioned that the basement of houses usually contains 13 per cent more radon than the upper floors. However, there is no significant difference between the radon levels on different floors or different rooms of a house. Radon levels can be high in any type of house, including apartments, but Goodarzi says “the bungalow is king for the highest radon.”

Being as harmful as it is, the good news is that radon-induced lung cancer is quite preventable.

“The reason [radon] is wildly considered, by cancer prevention and population health officials, as the lowest hanging fruits for cancer prevention is that it causes a huge number of cases, but it’s the easiest [cause] to remove,” says Goodarzi, reassuringly. Moreover, he also mentioned that the university is conducting a three-year radon-testing project of all university buildings. The first phase of the project has tested and mediated day-care facilities and student residence buildings for radon.

Goodarzi is also the Chair of the Board and research lead of EVICT Radon, a non-profit organization. EVICT Radon is composed of a team of Canadian scientists and researchers who call for citizens to volunteer their homes for radon testing, in order to add to a growing body or knowledge about radon and how to remove it from homes. EVICT Radon is currently recruiting citizen-scientists, especially those below 24 years of age. Although individuals in this age group are less likely to be homeowners, Goodarzi points out that “the law in Alberta state, if you radon test the house that you are a tenant in and you find that [radon levels are] high, your landlord is legally obliged to radon mitigate that house.”

“What I don’t want to see are anymore [33]-year-old Olympic athletes who’ve never smoked dying of lung cancer when they do not need to,” Goodarzi concluded.