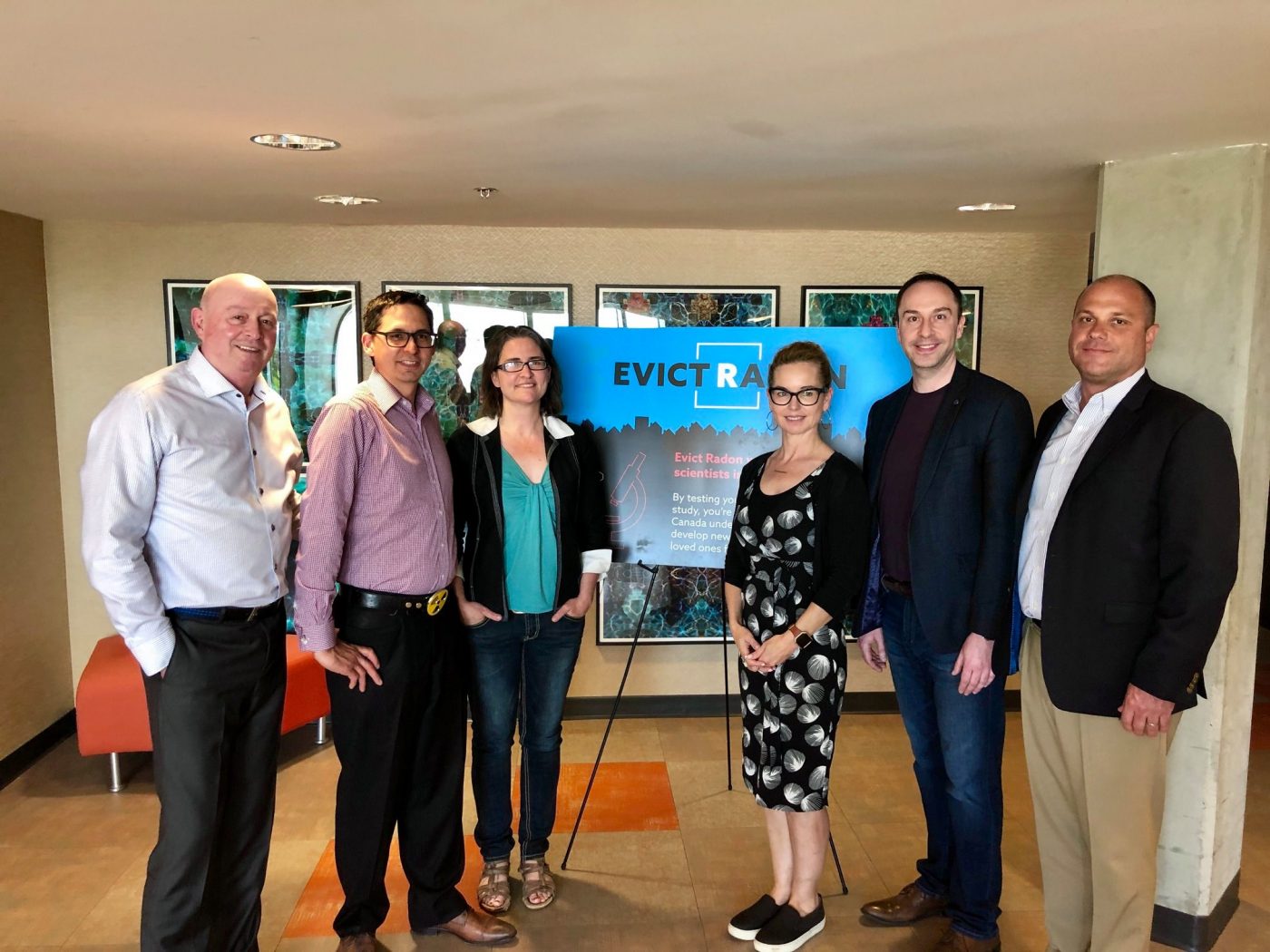 Original Post from Radonova: Radonova was honoured to be the title sponsor of the invitation-only inaugural RAPID Workshop held in Calgary on June 3/4. The workshop brought together Canadian research leaders and major stakeholders in the areas of radon gas exposure, radon-induced lung cancer and alpha particle radiation protection.

As the main sponsor, Radonova hosted an evening networking event which included a guest speaking appearance from Robyn Luff, a former politician from the Calgary area. Robyn has been an active proponent of creating awareness to the risks of radon gas, having put forth a bill while in office that will imminently become law (is currently awaiting Royal Assent).  Amongst other radon awareness actions, Bill 209 will require day care providers to provide a copy of a valid radon test, performed within the past year, when submitting for an initial application or renewal of a day care license.

Various presentations and break-out sessions were held over the two days which included input from organizations such as Evict Radon, Health Canada, Canadian Nuclear Laboratories, the Canadian Association of Radon Scientists and Technologists (CARST), the Canadian Cancer Society and the Canadian Department of Health. Academics and scientists from the Universities of Calgary, Harvard, British Columbia, McGill, Dalhousie, Ottawa, Simon Fraser, Alberta and Toronto were also represented.

It was collectively agreed that the event was extremely insightful and thought provoking and has consolidated the leadership role and voice Canadian investigators have within worldwide radon research programmes, while at the same time  accelerating the pace of radon research to ensure Canadians are protected against this lethal gas.

Bill Rounds said: “The workshop brought together some of the leading  figures in radon research and development to encourage collaboration, discuss current research and deliberate how to make more people aware of the health risks associated with radon exposure. It was a well managed event which also had a pleasing social side. Our hope is that some of the high-level discussions which were held will lead to increased activity and collaboration in radon research so health officials and professionals are better armed to identify and address the threat of alpha radiation exposure, and radon induced lung cancer.”

Share article
Late Night Lab at Studio Bell Previous Article
Dr. Goodarzi Interview at Airthings: The impact of radon on DNA with Pippa Boothman Next Article
Back to List