Towards a radon-proof future for Canadian housing

In our 2021 study comparing Canadian and Swedish houses, we found that in an equivalent cold climate nation, high radon can be engineered out in a system wide manner. More specifically, while houses built from the 1950s to the 1970s in Sweden tend to contain higher radon versus those built in Canada in the same period. By the 1980s, houses built in Canada and Sweden were constructed with the same (relatively high) radon level. From then on, radon in new Swedish properties decreased, while the reverse occurred in Canada such that new Canadian homes are now built with and average of 467% higher radon levels compared to a new house built in Sweden. 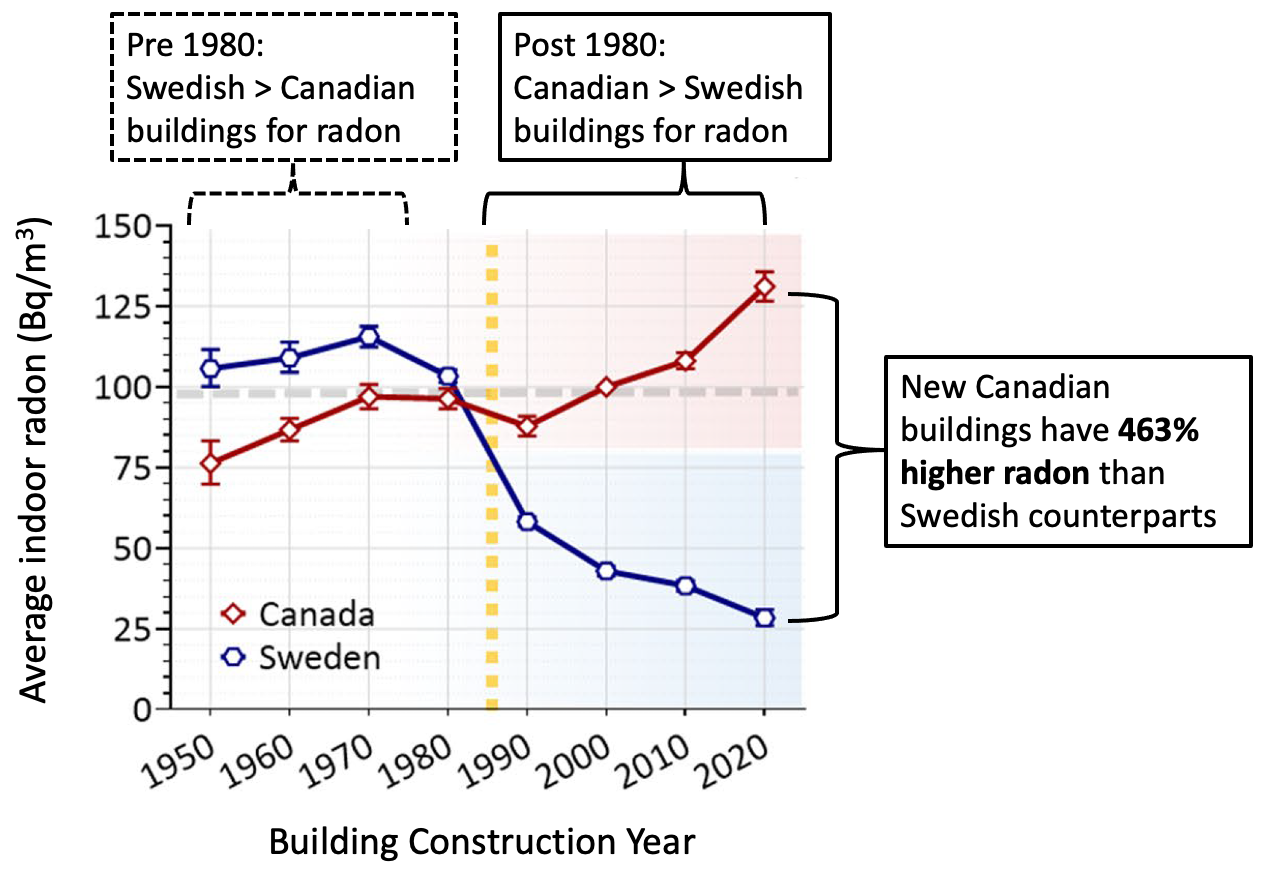 What this data shows, is that radon can be engineered out of our built environment, including residential houses. Our goal is to gather the essential building, health and economic data needed to make a clear case to implement meaningful changes to the next Canada Building Codes (in 2025). By changing our building practices to fundamentally reduce the way houses capture and concentrate radon, we can protect everybody from the health risks of radon exposure.